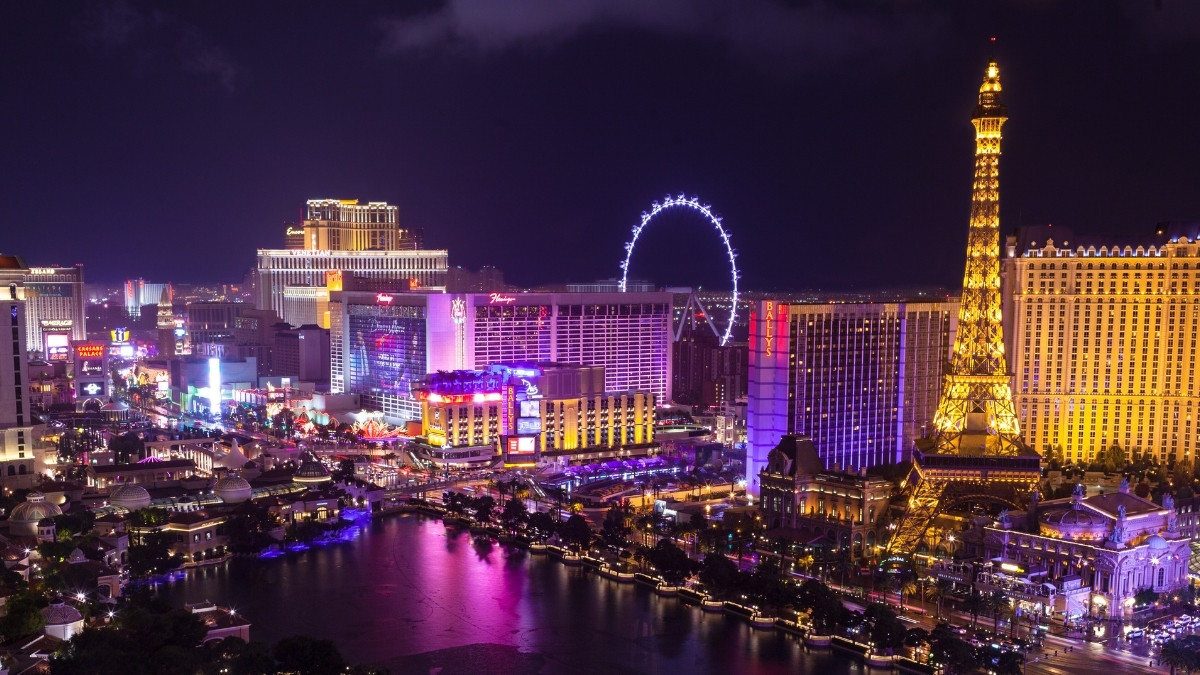 There are many ways to explore Las Vegas – by walk, car, or bus.

You can also go up the Eiffel Tower in Vegas, Stratosphere Tower, or even High Roller to get an aerial glimpse of Sin City.

However, the best way to see Las Vegas is from a helicopter, high up in the sky.

Tourists can take off after dark and enjoy the glow of neon lights on the Las Vegas Strip night helicopter flight.

Or they can take off from Las Vegas and head to the Grand Canyon for an adventure activity or romantic landing among the rocks.

This article lists out the many kinds of helicopter tours in Las Vegas.

The cost of helicopter rides in Las Vegas depends on numerous factors.

The cheapest and the most popular helicopter tour costs $90 if you manage your own transport, and if you want hotel pick up and drop, it costs $120 per person.

This tour gets you 12 minutes of airtime over the Las Vegas strip.

A non-stop helicopter tour from Vegas to the Grand Canyon and back is priced at around $400 per traveler.

Heli tours to Grand Canyon that include a romantic landing below the Canyon’s rim cost around $440 per person.

This experience is the cheapest and most popular helicopter tour in Las Vegas.

This helicopter tour is offered by 5 Star Grand Canyon Helicopter Tours and has a variety of departure times available throughout the evening to fit into almost any schedule.

You will be picked up from your Las Vegas Hotel in a deluxe Mercedes Sprinter van (if option selected).

The driver will escort you to the helicopter terminal to check in for your Las Vegas helicopter tour.

After you enjoy a complimentary glass of sparkling wine, you climb aboard the luxurious Eurocopter AS350B2 helicopter.

These helicopters, designed with tourists in mind, have forward-facing seats and 180 degrees of unrestricted panoramic viewing.

Once above Sin City, you will fly over the historic downtown district to the casinos and resorts of the dazzling Las Vegas Strip.

Some of the landmarks you are bound to see from above are Stratosphere Tower, the Fountains of Bellagio, the 315,000-watt Sky Beam of the Luxor pyramid, Bellagio, the Mirage, the Fremont Street Experience, etc.

You can upgrade to include a dinner at a local Las Vegas restaurant on the flight booking page.

If you are a young couple or a family celebrating an occasion, we recommend the Las Vegas Helicopter Tour with dinner included.

This VIP experience starts when you get picked up from your hotel in a Mercedes Benz Sprinter or Cadillac Escalade.

Once you reach the airport, you get a complimentary pre–flight champagne toast before taking off in your chopper.

During the 12-15 Minute helicopter flight over the Las Vegas Strip, you take in fascinating 360-degree views of the city’s landmarks. The aerial perspective of the city is something not all visitors get.

Once you are down on the ground, head to Las Vegas’ Eiffel Tower for a 3–course dinner and panoramic views of the city.

With more than six million tourists every year, Grand Canyon is one of the most popular sightseeing destinations in the world.

A helicopter tour from Sin City is a great way to see the natural wonder.

It is a once-in-a-lifetime experience, during which you soar over the skies to see the deepest and widest part of the Canyon, built by the Colorado River in Arizona.

All helicopter tours from Las Vegas to the Grand Canyon go to the West Rim because that’s closer to Las Vegas. Grand Canyon South Rim is twice the distance.

With about two million people a year, Grand Canyon West is much quieter than the South Rim, attracting five million visitors.

Although the Grand Canyon West Rim is not as developed as the South Rim, it is better for adventure seekers.

Vegas to Grand Canyon – what to expect

Check out the video below on what to expect during your heli tour from Las Vegas to the Grand Canyon.

If you have decided to book a heli tour, you can choose from eight unique experiences that start from Las Vegas, Nevada. We list them below –

The experience begins with a pick-up at your hotel in Las Vegas.

At the heliport, you meet your pilot, get the safety briefing and board an air-conditioned Eco-Star helicopter.

Once you are settled into a comfortable seat with personal headphones, the chopper lifts off for the flight across the desert.

During the 45-minutes, you can listen to a recorded commentary about the Grand Canyon. Or just enjoy the views while talking to the pilot.

Once you reach the Grand Canyon, you will dive below the high desert to touch down on a private bluff 1,067 meters (3,500 feet) below the rim and just 90 meters (300 feet) above the Colorado River.

While taking in stunning views of the natural wonder, you can enjoy your Champagne toast and light snacks.

After the romantic landing is over, you board the helicopter for the flight back to Las Vegas, passing over the Strip on your way to the heliport.

This Grand Canyon West Rim helicopter tour is the cheapest way to see the natural wonder from above because it doesn’t include any other activities.

You get picked up from your hotel and transported to the airport in Boulder City, where you board a state-of-the-art A-Star helicopter.

During your flight to the Grand Canyon from Las Vegas, you will fly over Hoover Dam, Lake Mead, Fortification Hill, and the dark volcanic cliffs of the Black Canyon.

Once you arrive at the Grand Canyon, the pilot flies you through the Canyon to look at the colorful rock walls and follow the Colorado River path.

You don’t land anywhere during the 3-hour helicopter tour – after exploring Grand Canyon, you turn back to Las Vegas.

You will see other natural wonders during the return flight, such as the rugged Mojave Desert wilderness.

If you prefer a longer helicopter tour for the same price, check out the Extended West Rim Air-Only Helicopter Tour.

This tour is the ultimate Grand Canyon experience from Las Vegas because, besides the scenic flight from Sin City, you also visit the Grand Canyon Skywalk.

After a Las Vegas hotel pick-up, you take off from the Henderson Executive Airport just south of the city.

Upon landing at the Grand Canyon’s West Rim, enjoy hours exploring the various overlooks and highlights in the area.

Then, from the top of an old Guano Mine at Guano Point, witness the Grand Canyon up close.

Hike the side trail to the mine or go up and over the rocky hill to see the incredible view of the Canyon.

At the end of the 7-hour long memorable adventure, you will fly back to Vegas and get dropped at your hotel.

This tour helps you escape from Las Vegas on a helicopter to the Grand Canyon for a full-day sightseeing adventure.

The scenic 1-hour round-trip flight from Las Vegas to the West Rim of the Grand Canyon is one part of the tour.

When you return from Grand Canyon to Boulder City, you will see panoramic views of the rugged Mojave Desert wilderness.

From there, take a short drive to the Colorado River launch area for a boat float at the base of the Hoover Dam.

Climb aboard a comfortable raft, and meander along the river through the Black Canyon.

Then stop at a secluded beach to take an optional dip in the clear water, and enjoy a picnic box lunch.

Or opt for a fun-filled kayak trip from Willow Beach.

You get picked up at your Las Vegas hotel and ride to the heliport to board an Eco-Star helicopter for your sunset tour of the Grand Canyon.

On your way to the Grand Canyon from Vegas, you will fly over Lake Mead and the Hoover Dam and take in stunning views.

Once over the Canyon, your pilot flies around for some time before lowering the altitude to land.

The pilot then lands your helicopter on a private bluff for a Champagne toast and a light snack where you can sit under a Native American Ramada shelter.

This bluff is 1,066 meters (3,500 feet) below the canyon rim and offers fascinating views of the Colorado River.

After you have seen the sky painted in all its colors and enjoyed the sunset, you get back into your helicopter seat and fly back to Vegas.

As you fly toward the Vegas Strip, notice the lights lit up below.

Here are some crucial pointers you must be aware of before booking your heli tour in Las Vegas.